Watch the video
Lahav in Rotterdam: A new chief conductor takes over

Lahav Shani and the Rotterdam Philharmonic Orchestra
“The first visit to Rotterdam was a real electric shock, a revelation. I knew immediately that I wanted to be there. I knew they were looking for someone to succeed Yannick Nézet-Séguin. From then on, this was a goal for me but also something of a test since I didn't know if it would work out. I must admit that it was a kind of love at first sight, a feeling I experienced from the word go,” said Lahav Shani during an interview with Amadeus.

Lahav Shani hasn't yet turned 35 but already holds the key to building a solid bond between the conductor and the orchestra. He achieved the such with the Rotterdam Philharmonic Orchestra, who wanted him for a permanent collaboration only two months after their first encounter on the concert stage: an unpredictable relationship and unscientific syntony dependent on study and shared commitment, but also an elective affinity between musicians. “Whether it works or not is also a matter of chemistry,” Shani continues. “This means that despite doing everything in the best possible manner, it may not work; that is to say that even if there are no mistakes, achieving a good concert is not an obvious result.”

The same feeling arose with the Israel Philharmonic Orchestra, which wanted Shani as its Music Director after spending 50 years with Zubin Mehta. As a double bass player and pianist, Shani always knew he wanted to be a musician, and it was within Israel Philharmonic, during rehearsal sessions when he was in high school, that he matured the decision to become a conductor.

Beethoven's music was the test case for Shani's first recording with the Rotterdam Philharmonic, which included the Fourth Piano Concerto and the Seventh Symphony: much-performed music and a litmus test for the unique atmosphere that conductor and orchestra know how to create.

Yefim Bronfman
The third backup for Beethoven's C minor Concerto is Yefim Bronfman, a Russian-Israeli pianist known worldwide thanks to Philip Roth's enthusiastic descriptions in his novel The Human Stain: “Then Bronfman appears. Bronfman the brontosaurus! Mr Fortissimo! Enter Bronfman to play at such a pace and with such bravado as to knock my morbidity clear out of the ring.” 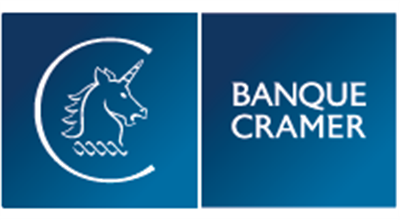